I have been using a Logitech K350 keyboard, and I have one main problem with it. I’m not the biggest fan of ergonomics in general – my back never felt better than when I stopped using the below-the-knee ergonomic keyboard tray in my cube in a previous employer – but this one has been largely okay. Yes, on occasion, some top-row keys are not where my fingers believe they are, but in general, this keyboard works.

Angling the keys toward the typist is good for the new typist, because that way, the letters are more easily seen, but for more experienced typists, less of that is better. This is what the tab in the back of the keyboard is for.

I’ve been using a standing desk for nearly five years, and found that the shallower angle wasn’t the best angle for me.

My first ergonomics-for-me attempt is for my Logitech first-gen touchpad, which made it work much better for me, but wasn’t enough to move me off my trackball. When Chuck put it on the printer, though, he thought it was a big enough chunk of plastic that it’d be better to print a couple smaller versions in order to ensure that the design fit the touchpad. It did, and when the big one was printed, it eventually occurred to me that I could try to use them as a keyboard stand. 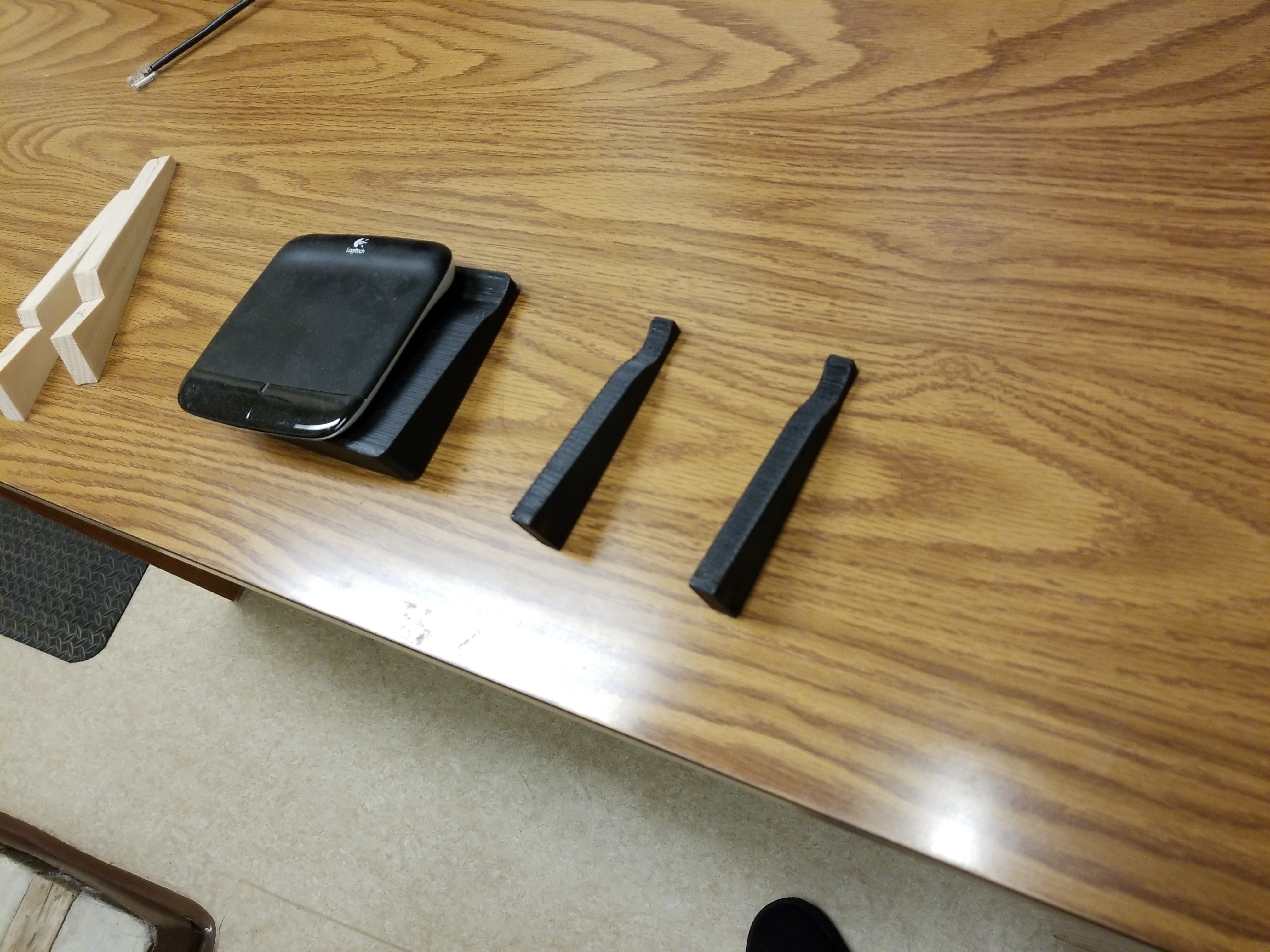 The problem is that the K350 has a palm rest, and that palm rest was beyond the length of the 3D-printed wedges, which created a pivot point. (I will also point out that these are not wrist rests, and that using them as such is a bad idea. Any time you see people learning piano in movies, you see the tutor saying “arch your wrist”. Musicians have been using keyboards hundreds of years before typists have, so their lessons are probably well-tested.)

So, a newfound availability of a place where I can make sawdust and find saws lead me to be able to make replacments that solve this problem. 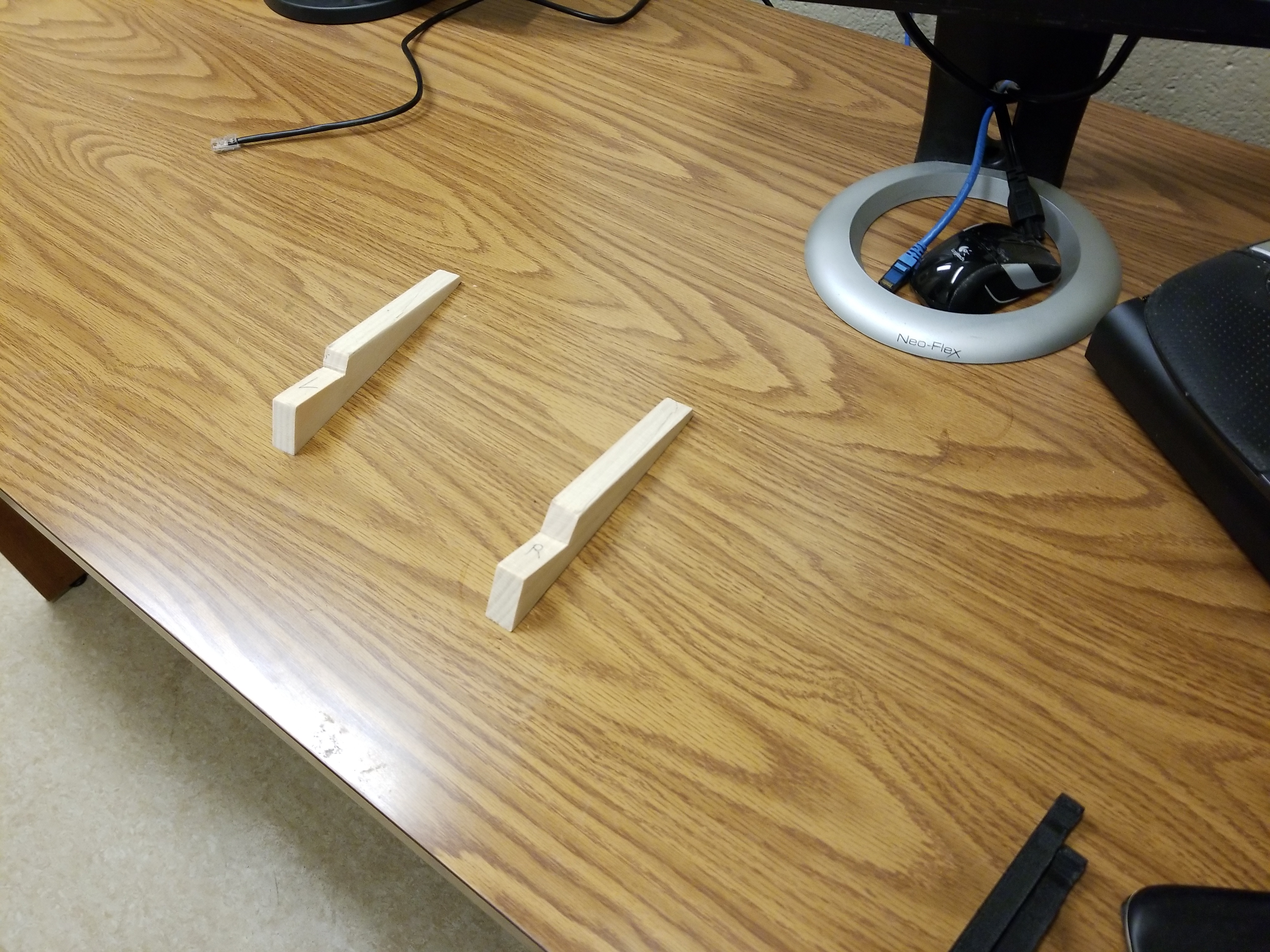 Sure, they may not look like much, but really, when in use, you shouldn’t be able to see them. 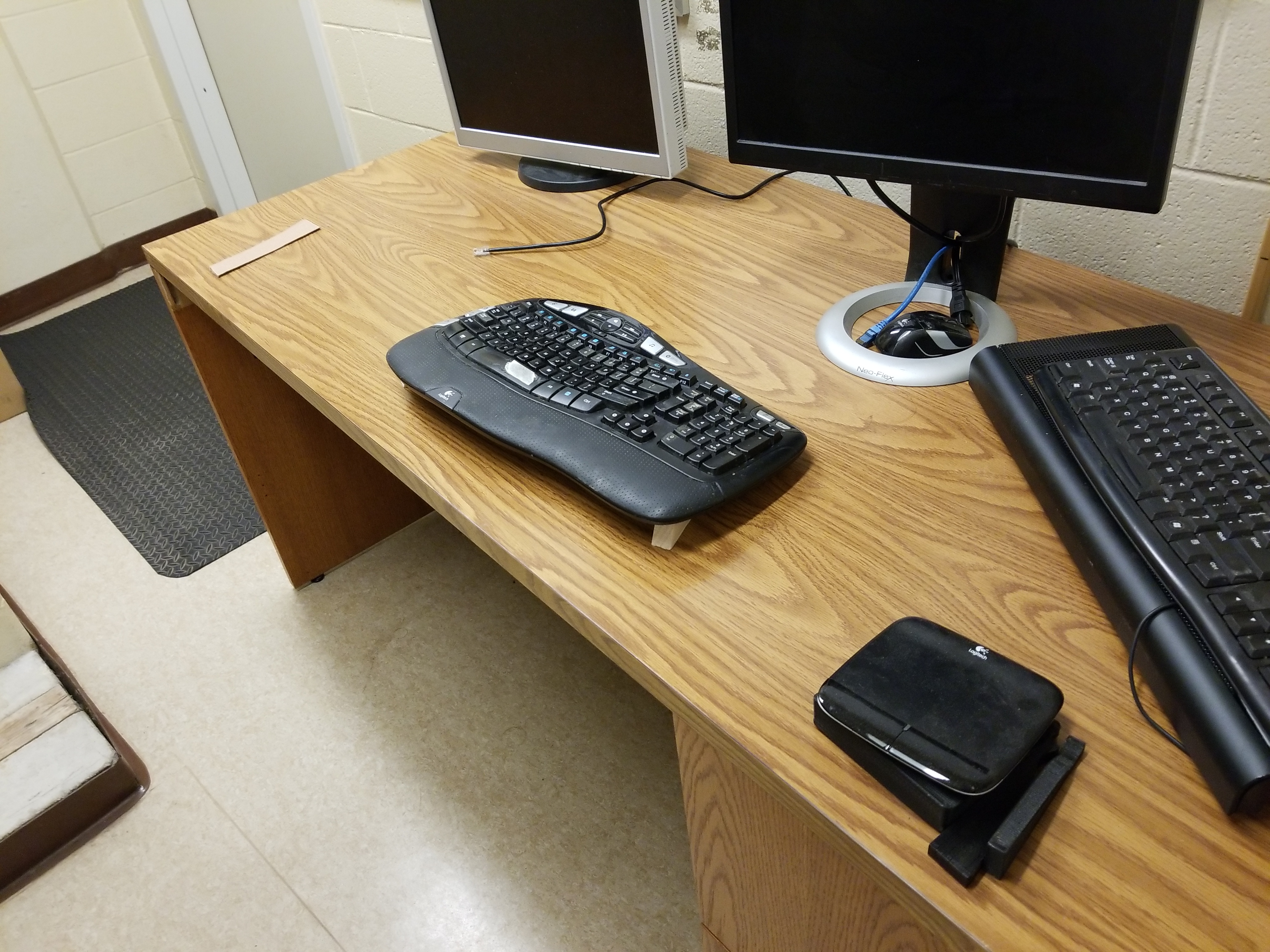 This specific design probably won’t work for you unless you use a K350, too, so I’m not going to post the design unless asked. But the spirit of a blog post from chromatic, I would suggest you remove the little pessimizations, and a keyboard that doesn’t sit right under your fingers is right up there.