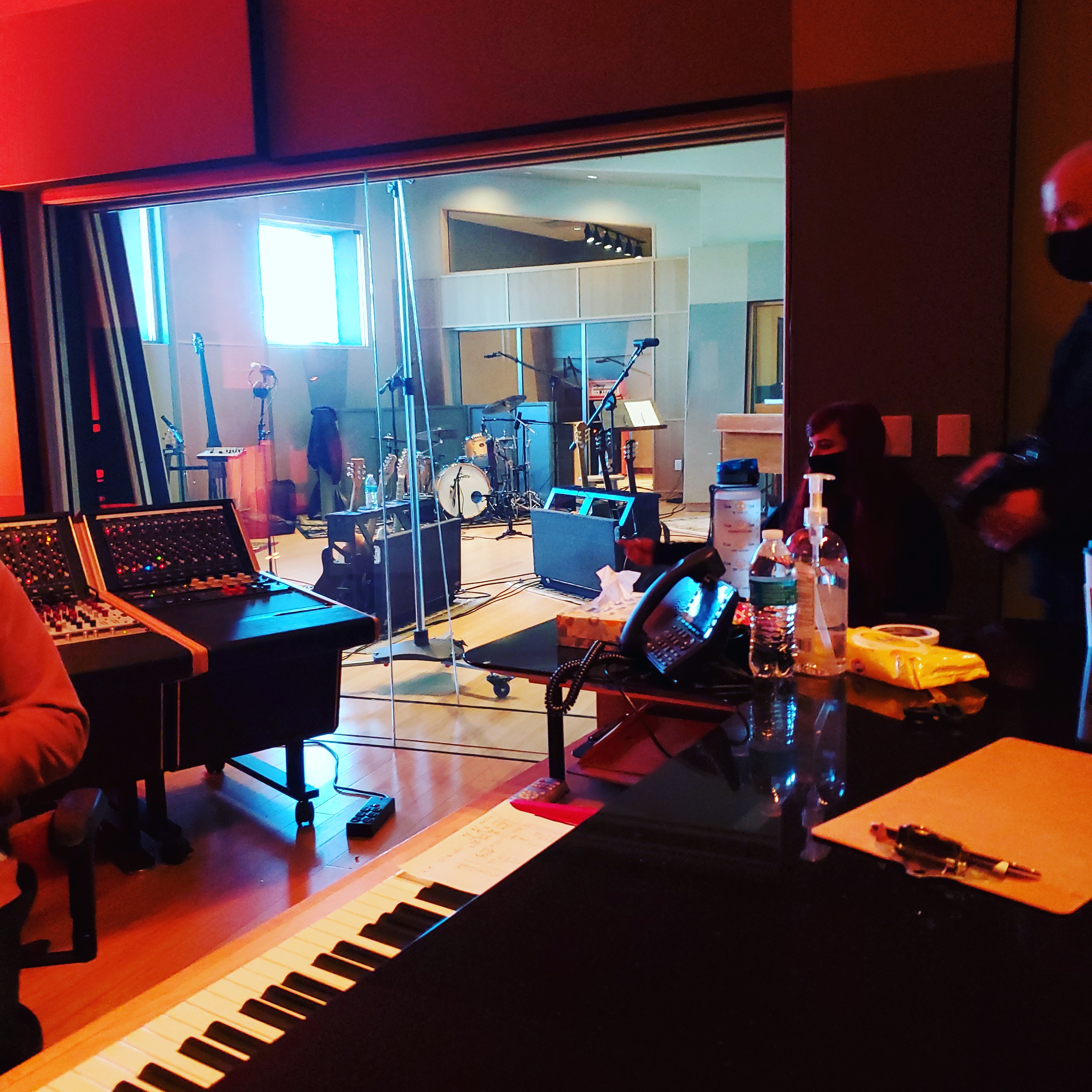 I normally blog about programming. This is not one of those times.

I play guitar and have for decades. I’ve played out some a while ago, and during that time, became friends with a songwriter named Greg. One of a few times I jammed with him, I told him that my musical goal is to be David Lindley to someone’s Jackson Browne, and if you recognize that this is a tall order for the singer/songwriter, I hope you also recognize that, as a supporting player, that’s also pretty hard.

We share several influences, largely around Americana, but both of us have big enough ears that we can pull out things that the other were unaware of but now completely love. If 2020 wasn’t 2020, I would probably have gone to jam with him several times over the last few months.

In one of the better things that happened to people I know in 2020, Greg won a day’s recording in Sweetwater Studios, connected to the great online musical instrument retailer (with a great brick-and-mortar store as well), Sweetwater Sound.

As it turns out, Greg has a brother who has a fancy five-string P-Bass and a Steinberger upright bass, and knew a drummer and keys player. We got together for … I dunno, maybe an hour on Friday, going through two songs which I had listened to and mined for parts for several months. And on Saturday, on Halloween, we came in bright and early and started recording.

Recording with a producer who had experience doing live sound and recording for Counting Crows.

Recording with a Hammond B3 and a drum kit that, I’m sure, I would be very impressed with if I knew what makes a good drum kit.

Recording with overdubs with a very nice Martin D-18 and a Telefunken microphone.

And I was plugged into Rivera-modified Fender Deluxe Reverb amplifier and an Earthquaker Devices Hoof fuzz, using the Telecaster I’ve had for over 25 years.

This is the toy store, and I could easily have picked up some toys, but I kept it to small things: 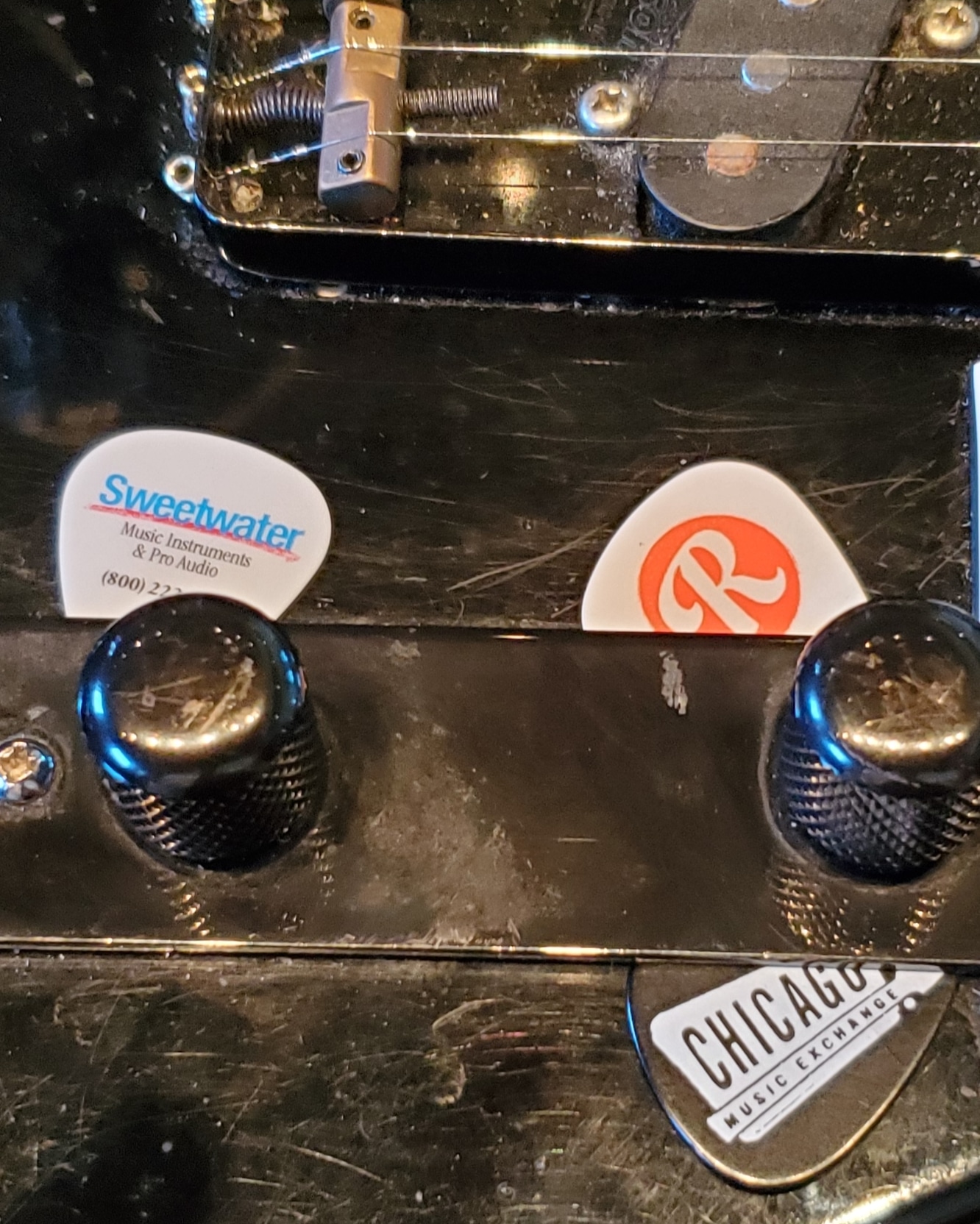 I did okay. Most of the fuzzes I have around here are good for getting “This amp is almost busted” tones, which I like, but the Hoof I was using is very creamy. So, when I busted into solos, I leaned on my inner Neil Young, and he hasn’t been my patron saint since 1991 or so. There are certainly runs that I’ve recognize as “that’s what you always do, Dave!”, and I can’t say I’ve nailed every landing, but on the second song, which is pretty jazzy, I found a place to put my parts where they’re not butting heads with the rest of the frequencies being created, and, for the solo and the fuzz…

OK, one way to tune a guitar is to use the harmonics on the fifth and seventh strings, and if the notes are close but not quite, you will hear an interference pattern, sounding like basically like tremolo, and as you close in on in-tune, you get a faster pattern. Well, if you add fuzz, and hit two notes and get one almost but not quite there, it makes a very very satisfying noise.

So, whatever happens, I hope to play more with Greg, both jamming with him and playing out in house shows and the like. I hope to get the better fuzz and a better board, so I can hit that absolutely obnoxious and wonderful note and nail the dismount, and I quite certainly hope that I get to record again.

And if it’s at Sweetwater Sound with Shawn and Rachel, who were absolutely friendly and helpful and absolutely professional, oh man, so much the better.