There’s a YouTuber whose channel is called The Tim Traveller. He has a few basic styles of video:

I think the point is to get to the highest points in every country in Europe, but, while some are quite low and easy, such as Luxembourg. In fact, to celebrate 50,000 subscribers, he had a meetup to climb to the highest natural point in Flevoland, a province of the Netherlands that was largely reclaimed from the sea.

The state where I live, Indiana, is far from the sea (I’m about 800 miles/1300 km) but is far above it as well (about 700 feet or 215 meters). But, the highest point in Indiana, Hoosier Hill, is basically a low hill in the middle of corn fields, so it’d be very easy to get to and climb. So I did.

And I’ve been teaching my son to drive, so this served double-duty.

Hoosier Hill is 13 miles north of Richmond and just west of the Ohio border. I don’t think there’s much of a way to get there using public transportation, which makes it distinct from the high places that Tim covers. But, once you get there, there’s a gravel strip where you can park, and shallow climb up a dirt road to get to the actual marker.

Tim wished us “Good Luck and Stay Safe”, and I did. There were a pair of climbers descending as we arrived, and another group showed up just as we were leaving. We never got closer than ten feet/three meters to anyone outside of our household, so there was little chance of us participating in the spread of COVID-19.

I was tempted to add Campbell Hill, the highest point in Ohio, which is only another hour drive away, or so, but decided that this was long enough. 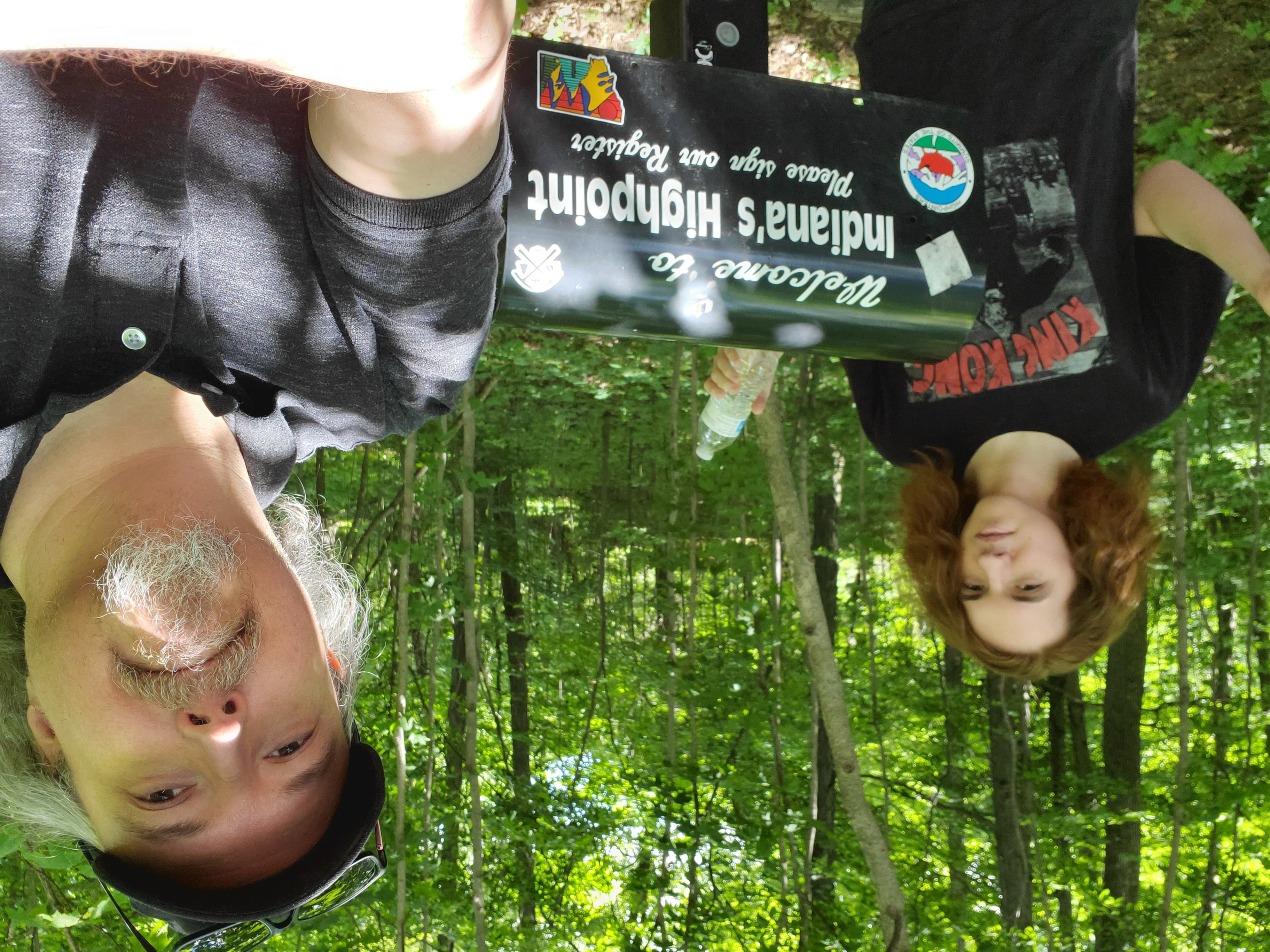