I got sick in February, which kept me in bed for several days. I would characterize it as a head cold, but as I didn’t seek medical attention, I never got a diagnosis. I did run through a whole lot of tissues.

I saw a nurse practitioner a week after I was over the head-related mucus, because it eventually became a persistent cough, despite my attempt to keep my lung clear when I was bed-bound. I can’t say it did much of anything, and I still have an occasional dry cough.

If there was a time when you don’t want to have a recurring cough, it’s now.

I’ve been working remote since November, but for the most part, remote as meant my coworking studio, not from home, because I had no dedicated place to stand and work. But, when we all locked down for COVID-19, I finally got a standing desk, from autonomous.ai. It’s been up for less than a week, but I’m digging it, and I’m getting work done from home, so yay! 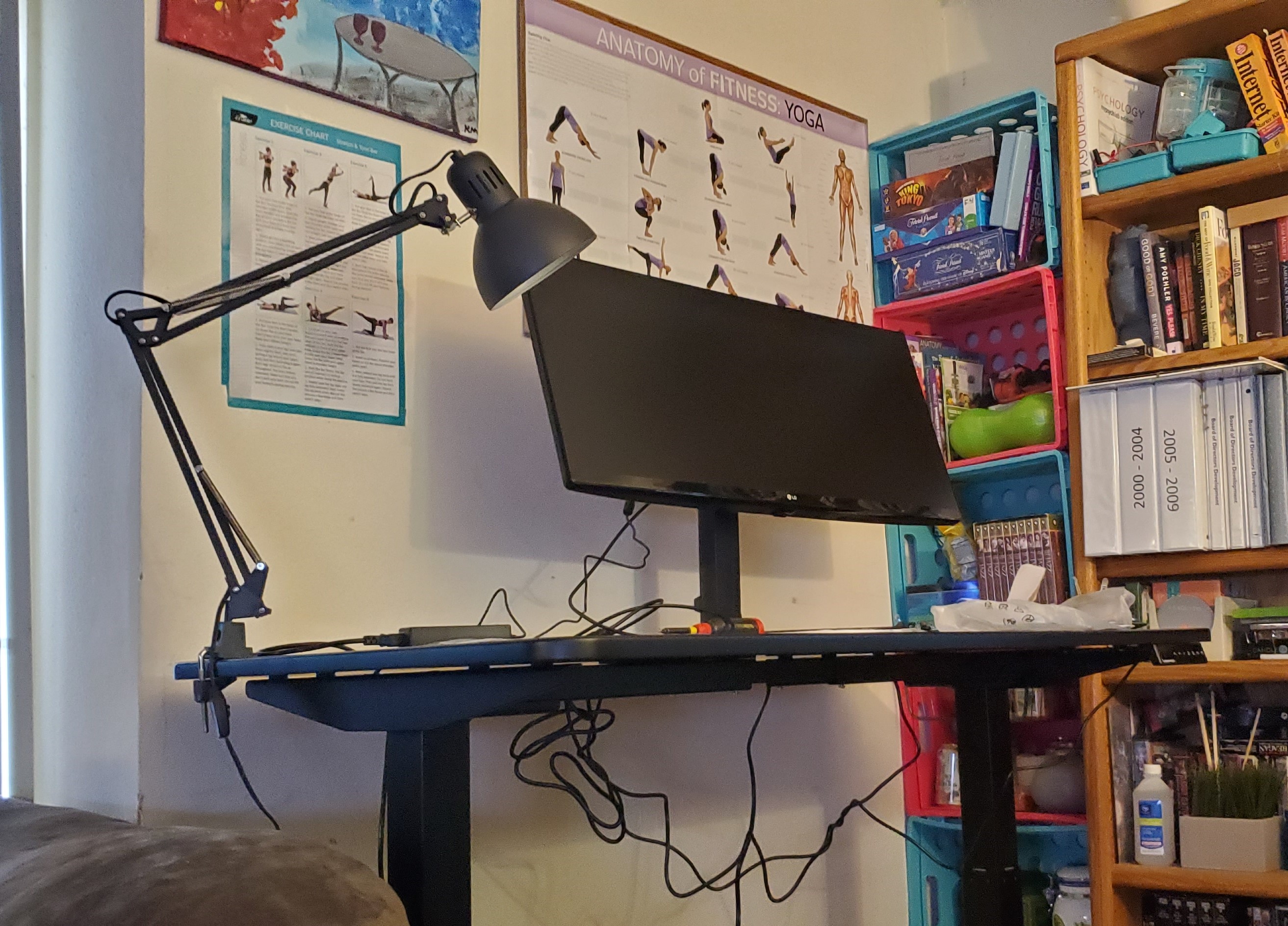 I know devs whose work is involved in hiring services (nudge nudge) and that sector is having problems at the moments. I know devs whose work is involved with travel (wink wink) and that is a pretty clear no-go in this time of social distancing and sheltering in place. My organization is tightening belts, because belts are tightening all over, but we’re in a market niche that services large organizations, so I think we’re in a good place. But I could be wrong.

But I’m very sure that I never would’ve set up a coding space at home if it wasn’t for the pandemic.

Now, if I could get rid of the cough.