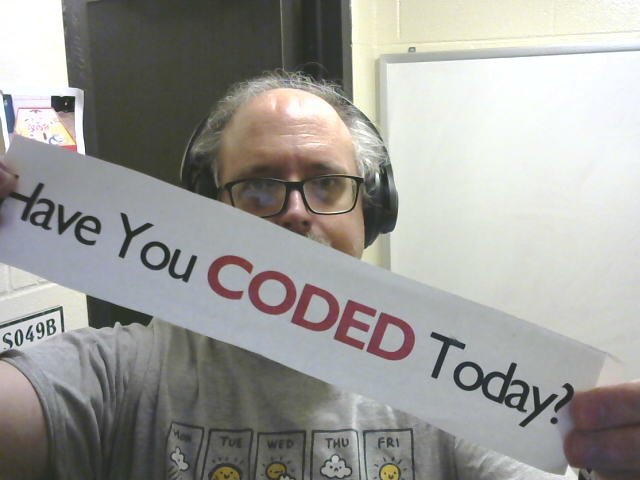 I have made this announcement elsewhere, but this is the first I’m mentioning it here: I have been offered another position, working remotely, and thus my last day for my current employer will be October 31.

Halloween. Second only to April 1st as the day for pranking, but this is not one. I am not sure what my new responsibilities will be, but I believe they will involve Perl, Python and/or Javascript. Sometimes, this blog directly referenced problems in code from production, and I really doubt I’ll be able to keep that pattern, but I expect I’ll still find things to write about. I expect that my pattern of irregularly-spaced updates will continue.

The ironic part is that, as I was nearing the end of the negotiation stage, I was finding out that my little corner of the workplace was shutting down. It wasn’t me and my work that shut us down, but the economics of our stage of the research game. On the one hand, I’m sad for the work I’ve done and the people I work with, who now have to readjust their lives, but on the other, I could go into the exit meetings with confidence, knowing that I was almost ready to give my notice anyway.

I’ve been where I’m at for just over a decade. I know for sure that I am a better developer now than when I started. My previous position was much more admin with small projects, and things like code reuse were not part of the program. (Confession: I had said I had more VMS experience than I could justify, but that still put me miles ahead of anyone else there.) At the lab, I learned to write modules for the lab, and to bring in SQL, MongoDB, JSON, Access Control Lists, and so many things, to make things better for my coworkers and our customers. I got far.

But the world changed around me as well, and there were things that there was enough established that moving forward was just not an option. Everything I know about version control, for example, I know because of side projects. I wish I knew more about web frameworks as well, but each time I got near Hello World on one of them, I got dragged back into our current system and forgot most of it.

My biggest problem, both in my local group and in the larger organization, is that I was a developer where the need for developers was waning, in favor of admins, and that, if there was a community of developers, where I could ask questions or just complain about that odd heisenbug I can’t trace, it was nowhere near me. To the extent I am big on Twitter, that I blog and participate on dev.to, that I participate in planning for Perl Conferences and organize a meetup, it is because I know that the community for people like me, but it isn’t in the organization that I work for.

But I’ve known for a while that this was ultimately not the place for me.

So, I’m excited for the new opportunity, and thankful for what I have been given. I have learned so much.

So long, and thank you for all the bits.