Olaf Alders demonstrated creating a Twitter list of CPAN authors, using a tool simply named t. That someone make such a good all-in-one Twitter tool while my scripts are in an un-unified state gives me some small amount of shame, but that’s not why I’m writing.

His list comes from MetaCPAN and MetaCPAN::Client. I have created another list over time, containing developers and organizations that use Perl but may not tweet primarily about it, much less contribute to CPAN. I compared the lists to see who I should pay attention to but don’t, but that isn’t why I’m writing.

I’m writing because I used t to get his list and my list, and there is an easy way to compare two lists in Perl.

I prepared this infographic. 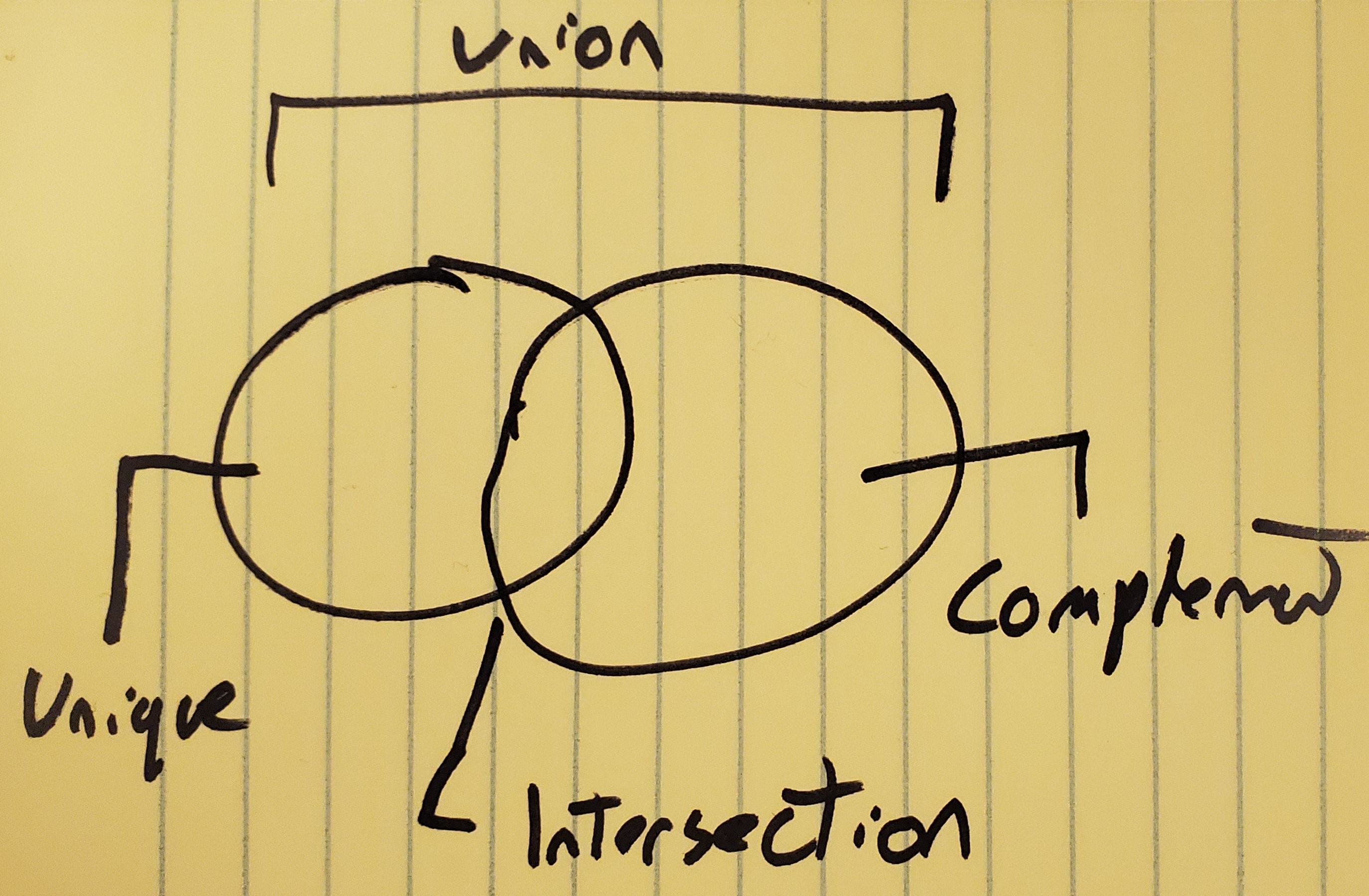