It started with the season premiere of Game of Thrones. Or, more accurately, the parental guidelines beforehand. 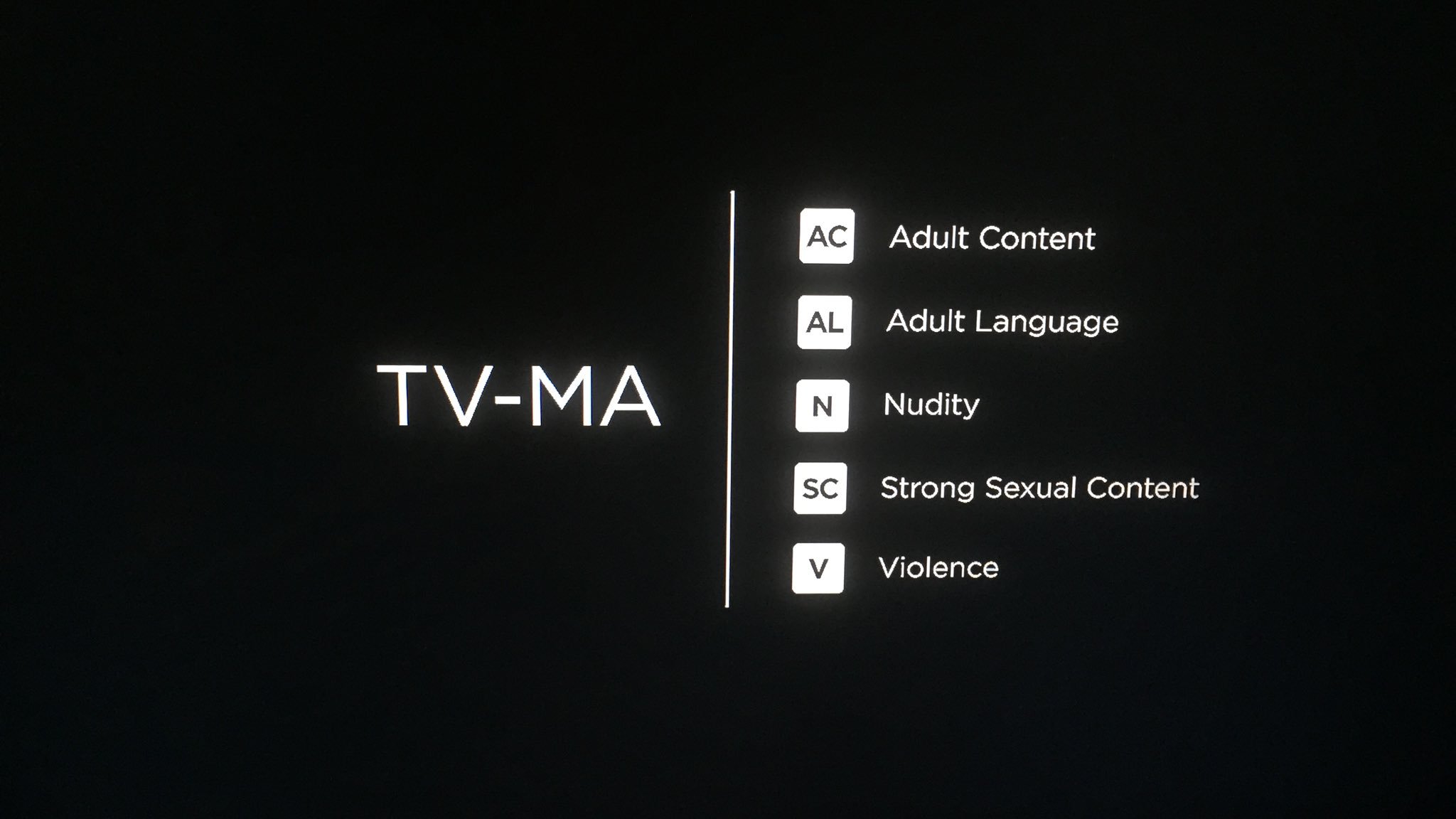 A Twitter friend tweeted “It’s happening!” and other asked “What the fuck is acalnscv???”

One way to figure that out is to break it down to constituent parts. 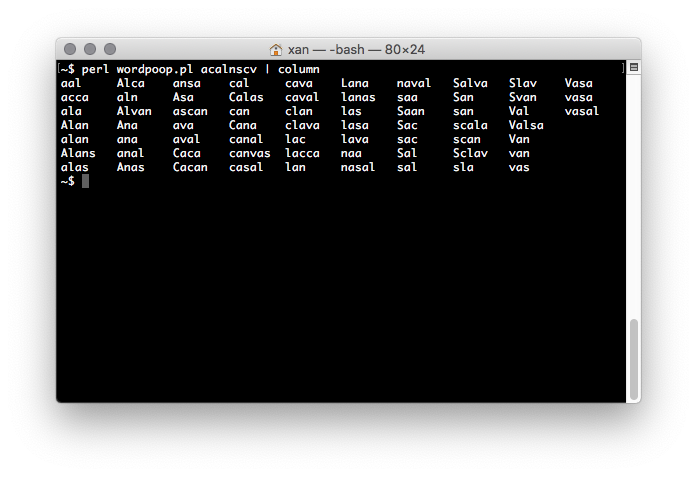 What we see here is that tool at work, finding the words that can be built from the characters acalnscv, pushed into columns by column, a utility that I should’ve known existed years ago but clearly didn’t. (And if you didn’t know, now you know.)

So, what is this wordpoop.pl? 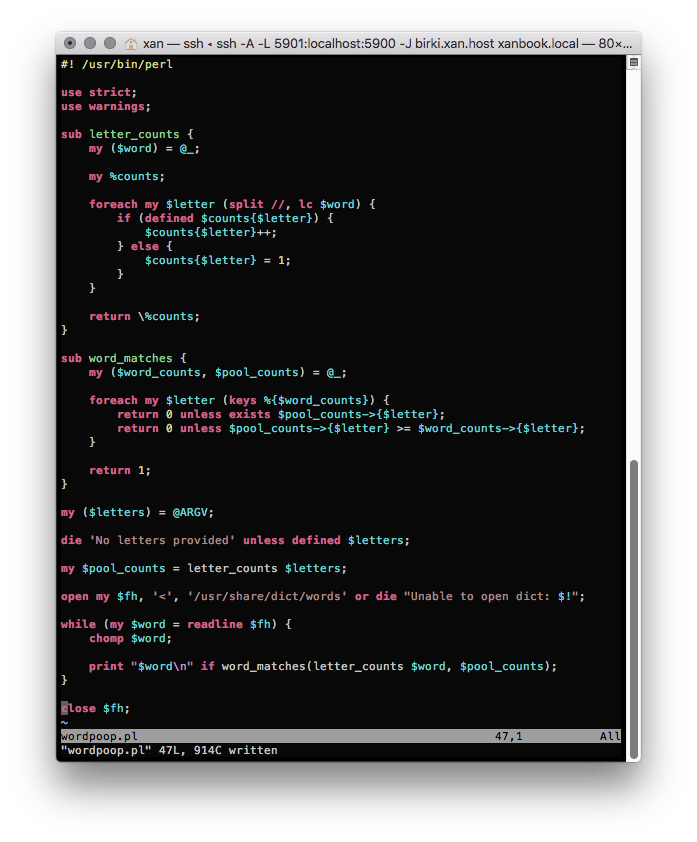 This is good. It uses strict and warnings. It also uses /usr/share/dict/words, and, well…

words contains 99171 words on my system. That’s a lot of words, but English is a big language. CERIAS shared a number of dictionary lists on their FTP site (maybe still do) to ease InfoSec people blocking real words as passwords (or whatever their purpose was), but I used it for other purposes, such as solving Boggle and deteriming the longest word you can type just using your left hand on standard US keyboard.

So I was going to use my list of words rather than the system’s.

Also, I started working on this before I got a good look at the code in the image.

Which isn’t identical. I don’t think I have uppercase in my list, and I know I don’t match case in my comparisons. But alas, it works, and gives me a list that contains a number of words applicable to Game of Thrones.

Now, what do we get with winter is coming?